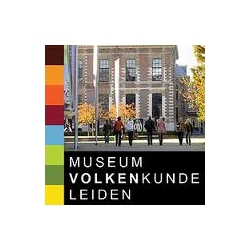 Jos Taekema (head of projects of the Museum of Enthnology, Leiden) on the collaboration:

” Working with Muzar in this project has been a delight. We just had to share our dreams and content with Jeroen. He guided us through the functional and interaction design stages, and in this process he helped us to develop a clearer vision of what we wanted to show and tell. We were faced with a challenging deadline, resulting in a tight planning, but during the production process Jeroen remained steady, friendly and focussed, didn’t overburden us with technical issues and was highly efficient in coordinating the system tests. The result: a great app, delivered in time, beyond expectations and in high spirits. Let’s stage a next project!”

As official parner of the Dutch Museum of Ethnology we were asked to develop an android based app to present, to the general public the results of the research into the Singosari period. “Singosari and the Origin of Majapahit” is a partnership between National Museum of Ethnology in Leiden and the National Museum of Indonesia in Jakarta. Researchers from both museums have cooperated in extensive research on this period in Indonesian history period.

In this application, we briefly tell the stories about the East Javanese kingdom of Singhasari. The app provides background information on the statues in the two museums and the temple near Malang. Through short texts and animations the app can also be used as an introduction to this period in Indonesian history. More information can be found on the website associated with the project.

The app holds a clickable 3D model of the temple and an interactive map for the visitors of the templesite in Indonesia.